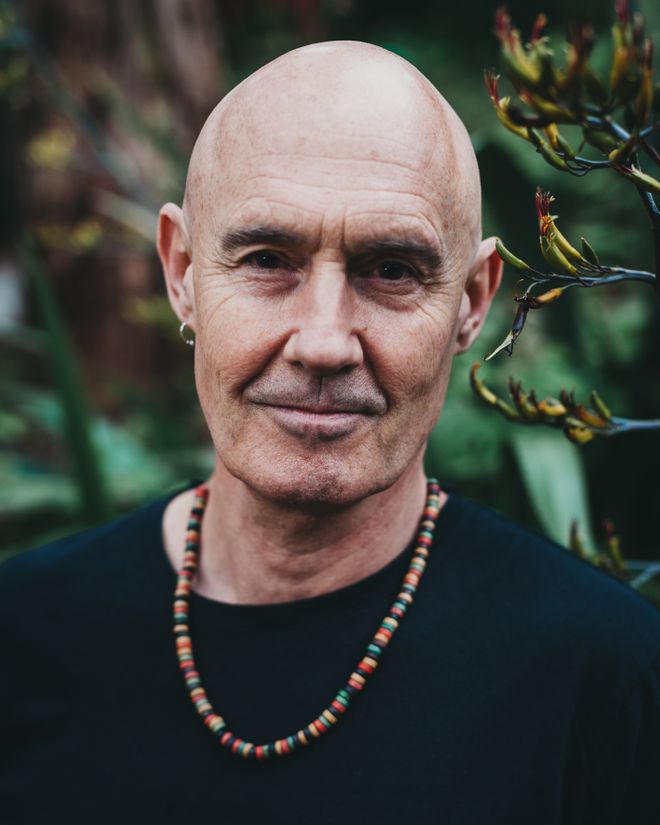 Brian Baker is a singer/songwriter/producer living in the Dandenong Ranges, Melbourne, Australia. Brian has a passion for the environment and Buddhism – themes evident in his songs, music and videos.

After moving to Australia from New Zealand in 1980, he performed with many Australian bands, securing a Sony recording deal with “The Ones” in 1986 after signing a publishing deal with Rondor Music. Around this time he scored his first song placement on the second Un Canny X-Men album, with the song “Colour Your Answer Blue”. After writing and recording top 20 single “Heart” with The Ones he went on to co write the score for the movie 'Rikki and Pete” with Eddie Rayner from Split Enz.

Eddie and Brian continued to work together as “The Makers”, releasing 2 CDs through Warner's East West label, including the hit single and video “Big Picture”. Together with drummer Michael Barker, they toured Australia and New Zealand with the B52's and appeared on TV shows like MTV, Countdown, Hey Hey It's Saturday, Tonight Live and The Midday Show.

Brian has performed at countless shows and is writing and recording songs and music at the highest level of his profession. He offers that expertise from his recording studio “The Bakery”, producing other artists, co-writing and assisting with songwriting and recording. He still works closely with Eddie Rayner and has recently re-recorded several Makers tracks along with his excellent new material.

Brian also produces artists in his studio “The Bakery” - bringing out the very best in songs and performances for the likes of Cathy Dobson, Michelle Chandler, Ethan Famer and many more.

Listen while you shop